Coming from the World Tenpin Masters in England, where he continued his winning streak, PBA super star Chris Barnes and his wife Lynda, a former PWBA champion and the reigning QubicaAMF World Cup queen, made a stopover in Paris, the capital city of France, where they met with French bowlers on Thursday, April 27th. "We had a very nice evening at 'Front de Seine', a bowling center located near the Eiffel Tower," reported Bernard Mora, editor of "Bowling Presse" magazine. "The Parisians players and all visitors were delighted.

The American couple was always smiling, permanently available, friendly and excellent in teaching and demonstration." Mora credited Columbia 300 international staff member Bruno Bidone for bringing Lynda and Chris Barnes to Paris. "Bruno organized this visit with the help of QubicaAMF and Bowling 'Front de Seine'. We were even able get a camera team of French National Television channel #2 to report on the event. This is VERY unusual in France where the TV decision-makers despise tenpin bowling," Mora added. Unfortunately Eurosport, the biggest sports network in Europe, is based in ... Paris, France (article Bowling Digital). 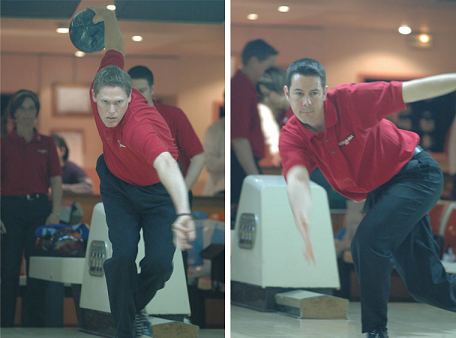 Chris Barnes and Bruno Bidone during the Columbia 300 Exhibition 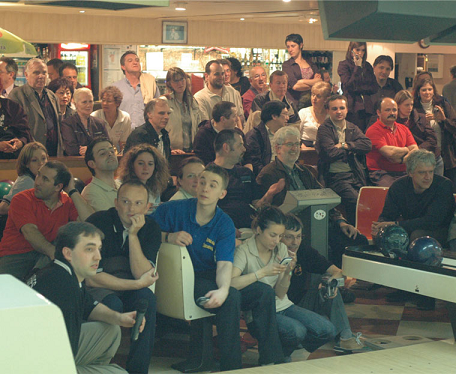 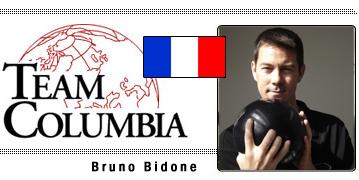 Bruno Bidone captured a tournament in Toulon, France with a 217 average using a EPX T1 and Bully combination. Bidone joined the Columbia 300 international staff a little under a year ago. Stay tuned for more "Winning Ugly" stories. This message was edited by: ColumbiaInfo on: Jan 18, 2006 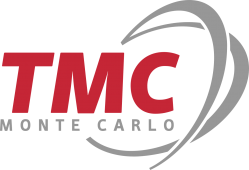 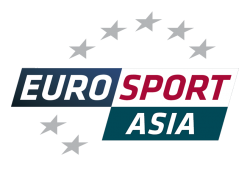